Thought I'd put up a couple of photos of me and Paul's trip to the west coast just before he headed back to the mothership. We went over to stay at my favourite NZ hostel - Te Nikau retreat. Hidden in amongst the rainforest in the middle of the back of beyond on the slightly crazy west coast. We took it easy over the Southern Alps and stopped off at Castle Hill (where they filmed large chunks of the chronicles of Narnia) wandering between the Maori sacred rocks. Then a chilled evening at a west coast pub, a couple of short walks through the rainforest and to the beach and the obligatory pancake rocks visit for the blowholes, which were in fine form and put on quite a show.
All in all a great weekend and nice to get out of town again.

By the way - anyone noticing a contradiction in my putting a whole bunch of photos of a roadtrip and a LiveEarth badge on my blog in one day should know it's the first time Norman's had a run out for ages, he hardly leaves his parking spot! But I hear you! 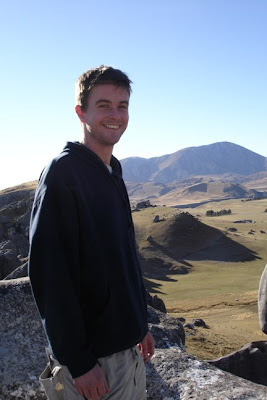 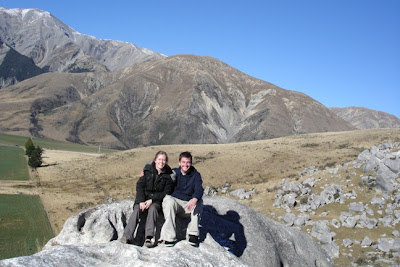 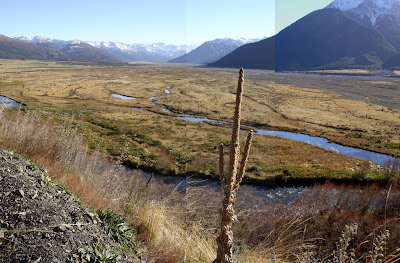 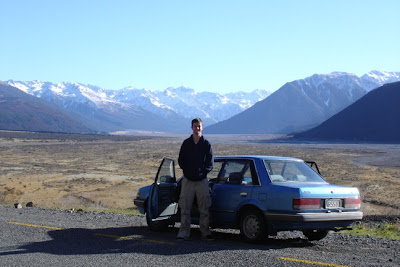 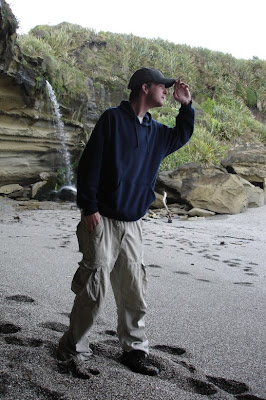 He didn't pull that pose willingly! 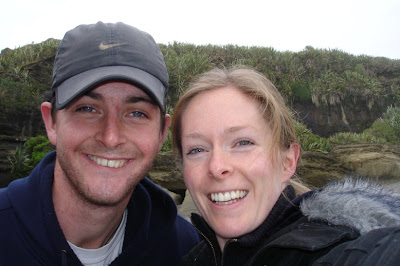 Me n the bro at the beach on the west coast 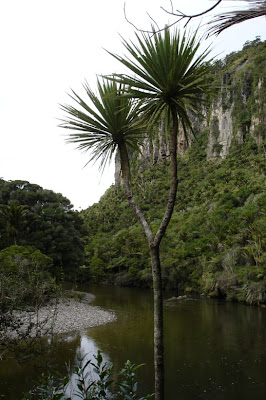 Very beautiful landscapes which make me think of those of the American west. My husband went to Australia to test cars, but never went in NZ.

Aaah...Te Nikau retreat. Been there! Lovely place... and the beach close by (with the small waterfall on photo) is excellent too!