"It was pretty wierd that the NMR showed something completely different to what HPLC said, but since the HPLC said what I wanted to it to, I just ignored the NMR results."

What I have to write in my thesis:

"Analysis of HPLC and NMR data shows conflicting results. Rationalisation of this observation is as follows....."

If anyone can rationalise my conflicting results, please feel free to let me know. In the meantime I'm gonna tell you about my tramp on the weekend!

Me and Sean decided to (almost) get out of town and climb Mt Herbert on Saturday. Thought I'd show ya'll a couple of photos. Mt Herbert is the highest point on banks peninsula which is the remnants of a volcano which Christchurch is right next to. We drove to Lyttelton and took the boat across to diamond harbour. (by the way, e and m, we did consider dragging you guys with us, but since we only came up with the idea late on friday, it seemed a bit short notice!)

Turns out Mt Herbert is somewhat higher than it looked. I foolishly claimed to be able to see the top, but the top turned out to be very much in the clouds. Was a good walk, took about 6 hours and 2 days for my legs to recover. You walk through sheep fields most of the way which is pretty, and you pretty soon give up trying to avoid poo. The last third or so was in the cloud. It hadn't been snowing up there but ice had formed mental shapes on one side of everything, including tussock - giving some cool ice finger shapes.

Hopefully we'll do it again sometime so we can see what is apparently great views, with Akaroa on one side and Lyttelton on the other. (and maybe that time, e and m and ?, we'll come haul your asses up there with us - so the D2 engine can show us what it's made of!) 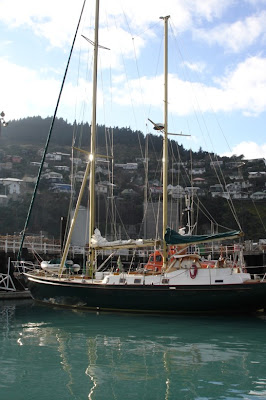 Nice boat on the crazy blue water in Lyttelton harbour 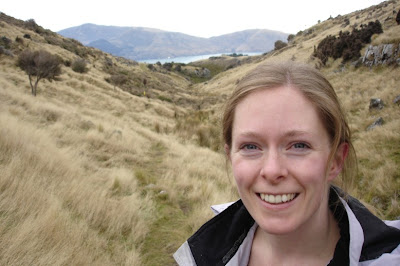 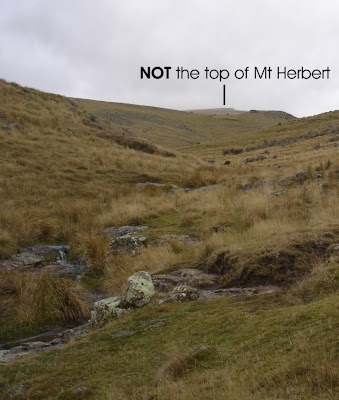 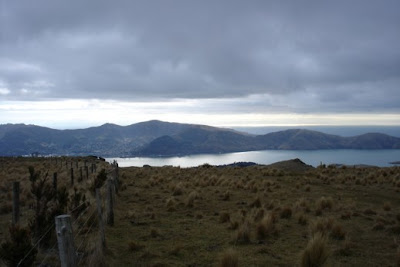 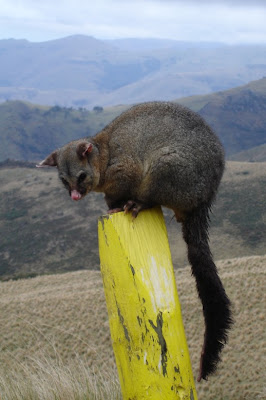 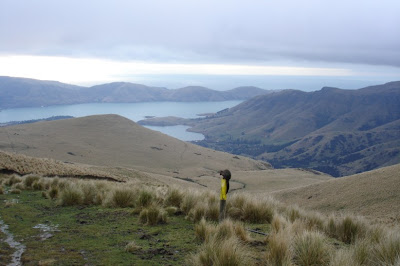 ...who are just enjoying the view 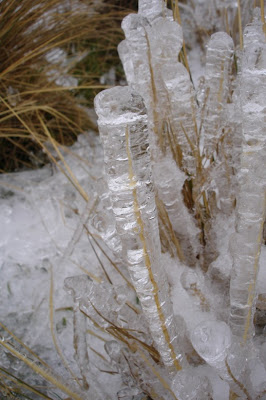 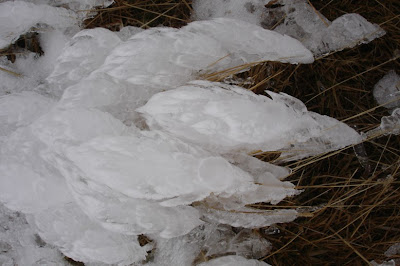 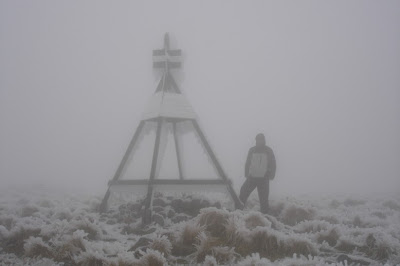 Nice day for it. 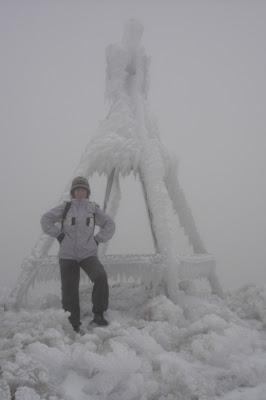 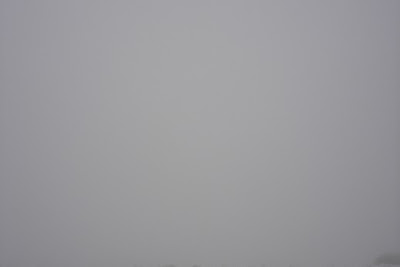 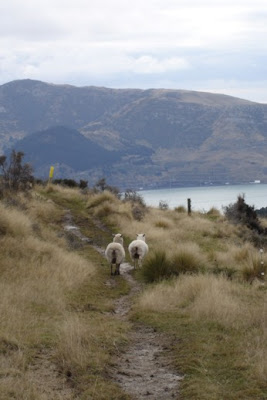 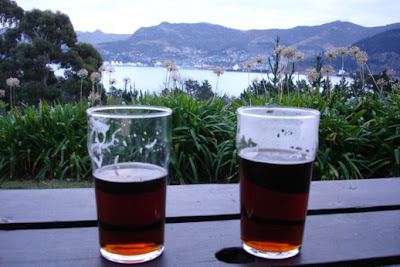