This year I finally experienced a hot and sunny Christmas by the beach! There was beer, there was bbq and there was sun-burn! We spent two weeks cruising round the north island, seeing a lot of the stuff I still had on my 'to-do-in-NZ' list. We spent 5 days including Christmas on the East Cape, which is a corner of the country which is particularly ignored by tourists and indeed by Kiwis, making it a very pleasant place to spend a relaxing Christmas. The East Cape remains very much a Maori stronghold, and there was a lot of great Maori architecture. In this area the film The Whale Rider was filmed. It has gorgeous beaches, a tropical climate and great scenery, plus friendly people.
Next, we went to the Coromandel for the period between Christmas and new year. What we didn't realise was that for new year the entire of Auckland empties out onto the Coromandel, making it really busy. Was still great though. Then we headed down to Mt Taranaki (or Mt Egmont), which is the second most symmetrical volcano in the world (after Mt Fuji in Japan). We walked a bit of the way up, but didn't climb to the top. Then we headed back down to Wellington, via a short stay in a Yurt (a cool Mongolian version of a tipi, which, it turns out, are quite noisy places to sleep when perched on a hill by the ocean near windy Wellington). We saw Charlie again in Wellington (he came with us for Christmas) and then headed back down to chch. Here's a few photos, with stories, where appropriate. 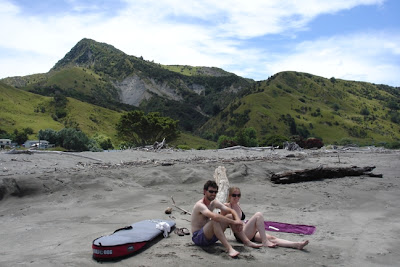 Christmas day on the beach - and might I add I have IRISH skin - ok?! 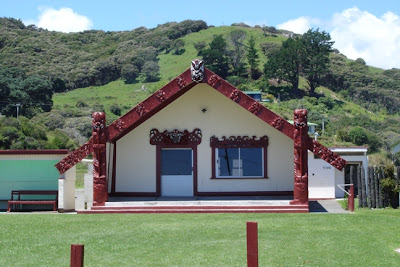 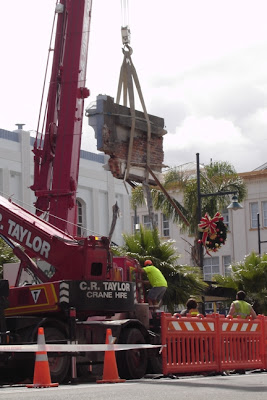 Gisborne got hit with a 6.8 earthquake just days before we passed through, and we (plus everyone else in town, it seemed) watched the workers pulling down a big chunk of building, cos part of it had fallen off. The building was too unstable for them to go in, so they had to pull this window/roof off with the curtains still attached! 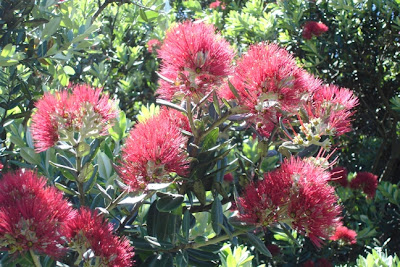 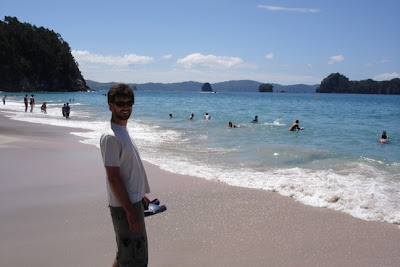 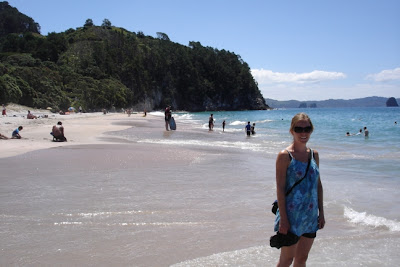 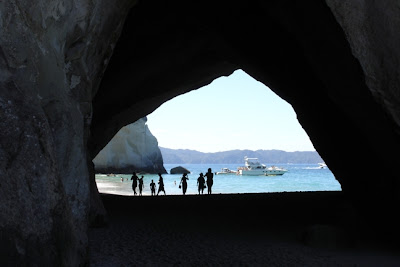 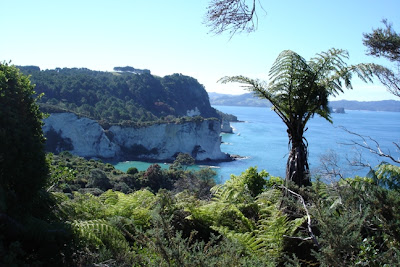 On the way back from Cathedral Cove 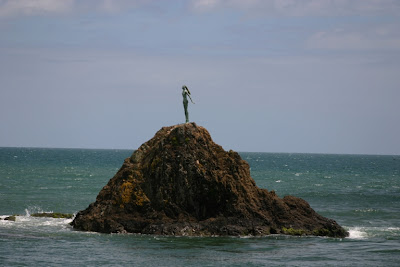 A cool statue of Wairaka, who, according to Maori legend, saved her people from losing their waka (large canoe), with all their belongings after they first landed on the shores of NZ by 'becoming a man' and manoevering the large boat (which girls weren't to handle) single-handedly. Girl power! Those who have seen Once Were Warriors will know that this moment of female emancipation didn't last, but she got an awesome statue at least. 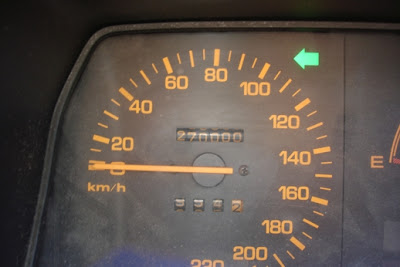 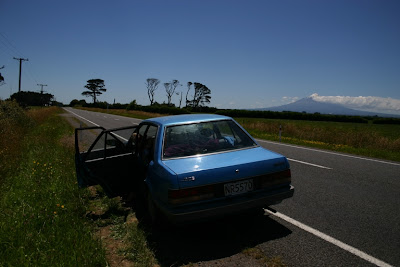 Here he is again next to Mt Taranaki 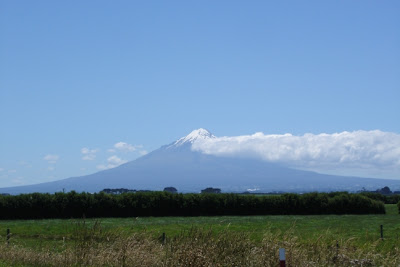 Mt Taranaki, the world's second most symmetrical volcano (so I've been told). 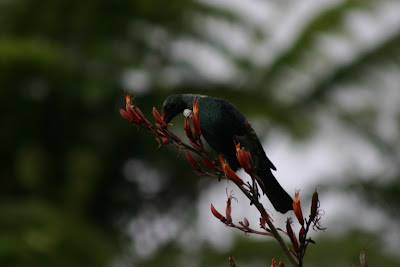 I can make no claim to this awesome photo which Sean took of a Tui feeding on the flowers of a flax plant. 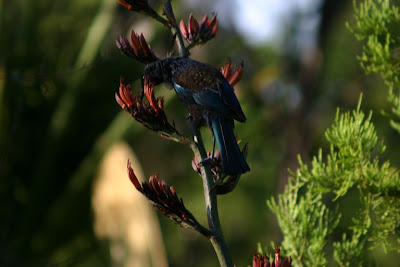 Another of Sean's photos of Tui's where you can see their beautiful, but subtle, blue colouring. 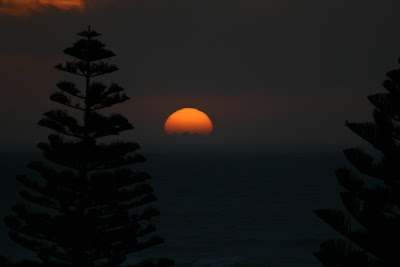 This sunset was taken as it set over the sea just north of Wellington on the north island, but as the sun approached the horizon you could see the hills of the south island (Abel Tasman region) silhouetted. 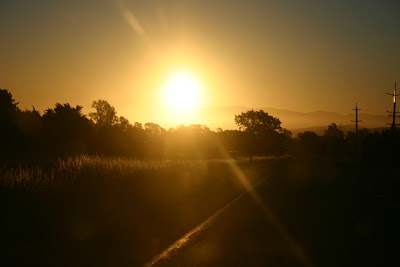 Beautiful pictures! I know I'm not supposed to say that (as a resident of South island) but man is Coromandel beautiful!