Oh yeah - finally Kora got their asses back to chch, chur bro! They played 'cheap as chips', a oneday festival at uni today. They were on first and absolutely rocked the joint leaving us all wanting more, and then Fat Freddy's came on and played another pretty lacklustre set (at least compared to kora) although they did finally play Hope again - which is this awesome track they did when they first formed which they refused to play live again. Obviously they're starting to take themselves a little less seriously and chill out at last. Then we had Shapeshifter - a drum and bass act who were pretty awesome too. Got meself a nice sunburn (I mean healthy glow) and some cool pics a couple of which are below.

Paul came up to chch for the gig and it's been cool to see him and hear some tales from the vineyards. Quite surreally, John (Stalley - for those of you in the Enfield crew) moved into the bunk below Paul down in Wanaka which was pretty freaky! Paul and John came over for three weeks travelling when I was in south america a few years back so they'd met before and certainly Paul said it was pretty mental to just bump into each other in a random hostel on the other side of the planet! I had heard a vague rumour that he was travelling this direction but had no idea when he'd be around. Just goes to show how much I suck at keeping in touch with my mates, doesn't it? Apologies to all of you - especially John!

It's been Orientation week (freshers week in England) this week and so there were some cool concerts that we went along to. Saw Katchafire, Minuit, Concord Dawn and Black Seeds - a mix of dub, reggae and drum and bass, all fine Aotearoa music.

Well, time for those photos I promised. Hope you're all good and havin fun! 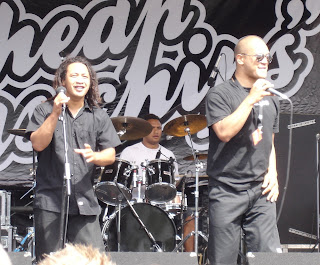 Kora rockin - chur bro's - you get your asses down here more often! 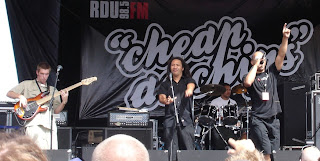 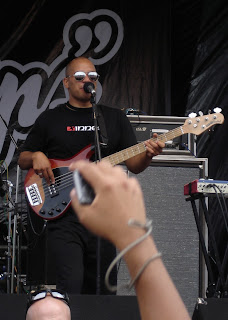 Which pill will it be, Neo? (Francis Kora doin his best Morpheus impression!) 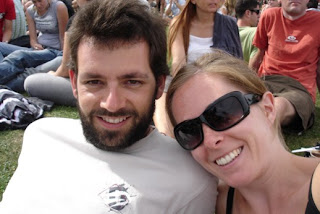 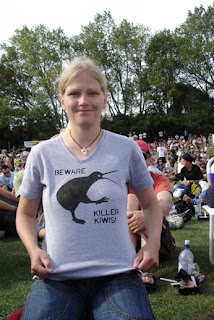 Connie wearing the Tshirt I made for her. She claims Kiwis are very dangerous creatures! 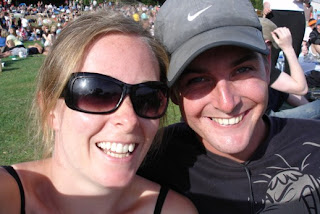