I went up to Rotorua (or stinky ol Roto-vegas as it's more commonly called here!) a cuppla weeks ago to go to a conference and afterwards I did the Tongariro crossing which is a one day hike over a volcanic range just south of Taupo. The north islanders claim it to be the best one-day hike in NZ, which having lived on the south island for a while, I'd have to say is not true at all, but it was still a great tramp and the scenery is not like anything you get down here. You walk up a saddle between Mt Tongariro and Mt Ngauruhoe, which looks exactly like Mt Doom (in fact I think it was used as Mt Doom in the Lord of the Rings film) and apparently is about as much fun to climb! I decided against climbing it and therefore, for the second time in my life, allowed a volcano to defeat me. But I'm cool with that! (the first was Cotopaxi - Ecuador, which is the highest active one in the world and which I came to within 100 m (in altitude) of the top of but didn't manage to get right to the top) It's a great walk with some wicked blue lakes and crazy landscapes. 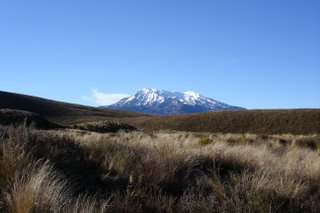 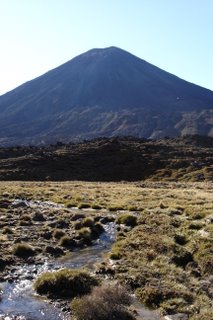 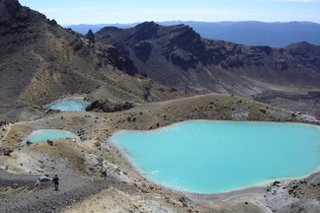 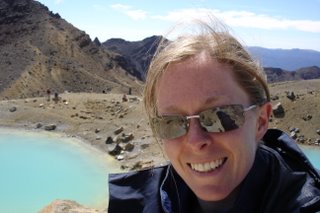 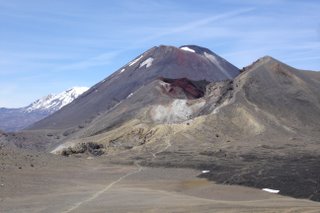 Ruapehu in background with Ngauruhoe and the red crater in front
Posted by A at 10:28 pm

Hey, who's that tourist? She looks like a bit of a hottie!

Out of your league, matey! x

I want to be there too!